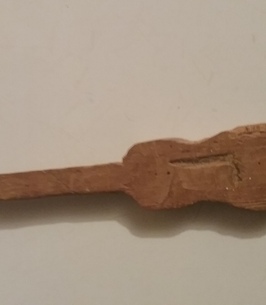 Arthur served in the United States Army in the 82nd Airborne Division. He also served in the Army National Guard during Desert Storm in the Military Police unit. Arthur was a founding member of the Warwoman Fire Department where he served as their first Chief and as a volunteer for many years. He was a member of Rabun Gap Masonic Lodge #265. He was a Past Master and served as the Worshipful Master in 1985. Arthur illustrated the Rabun County seal. He was a member of Battle Branch Baptist Church. He was an avid antique car enthusiast and restorer. He loved to hunt and fish but his favorite hobby in life was woodworking. He was a talented master craftsman and enjoyed making custom furniture and wood art. In the final decades of his life Arthur was able to turn his passion for woodworking into a successful career by establishing his own business, Precision Wood. Despite his long list of accomplishments, Arthur will be remembered by his family as the most loving father and devoted friend.

Hunter Funeral Home is honored to serve the Speed family.